Health Benefits Of The Beverage Tea : 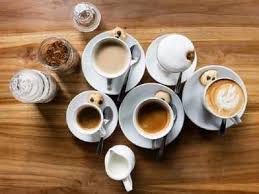 Tea is a decoction that is effortlessly equal parts relaxing,soothing and fulfilling.Its health benefits and debate for several years now,with claims supposing either side.However a recent research published in the European Journal of Preventive Cardiology says that drinking tea may be associated with a HEALTHIER AND LONG LIFE.
Most of the Indians used it daily about 2-3 cups.It is mandatory part of each day.It is a much loved beverage and is consumed widely through India.It recommended people to have three or more cups of tea a week.
HEALTH BENEFITS OF TEA :-
. Tea Is Calorie Free :- It's a great no calories alternative to water.It provides so many options for flavor and versatility.You can have it hot or cold and you don't have to put anything in it,though you might want to add a cinnamon stick or some ginger,that means you're able to hydrate with something other than water alone.
2. Antioxidant Property :- Antioxidants work to prevent the body's version of rust and thus help to keep us young and protect us from damage from pollution.Load up on antioxidants with a white tea,which is less processed than black or green tea so it retains more beneficial antioxidants.
3. It Has Less Caffeine Than Coffee :- Herbal blends have no caffeine,while traditional teas have less than 50% of what typically is found in coffee.So you can consume it without those pesky effects on your nervous system.
4. Help With Weight Loss :- Research study shows that an effect have depended on consumption of large amounts of tea often in pill form.In the subject of weight loss on this isn't as strong.
5. May Reduce Risk Of Heart Problems :- According to research study found a nearly 20% reduction in the risk of heart attack and a 35% reduced risk of stroke among those who drank one to three of green tea a day.Those who drank four or more cups of green tea daily had a 32% reduction in the risk of having a heart attack and lower levels of LDL cholesterol.
6. May Keep Your Smile Bright :- Researchers have found that tea can decrease tooth loss and changes the pH in your mouth when you drink it and that may be what prevents cavities.Tea unlike many other beverages does not appear to erode tooth enamel.
7. Tea May Protect Bones :- Studies has shown that green tea may prevent bone loss.Moringa,a plant that's native to South Asia,has been known for its medicinal properties and now quickly becoming a mainstream superfood.With more calcium than milk,as well as iron,vitamin A and K, moringa tea is a great addition to help keep those bones strong.
8. May Help To Fight Cancer :- Studies on this are currently mixed,which means more research is needed.But in the meantime,if you have got a strong family history of cancer and you want to do anything you can,you might increase your tea consumption.
9. May Boost The Immune System :- Studies have shown tea can tune up immune cells so they reach their targets quicker.Holy basil or tulsi tea has been used by Ayurvedic practitioners for centuries to help keep the immune system strong after injuries because of its antibacterial,anti-fungal and anti-inflammatory properties.
10. Herbal Tea May Soothe The Digestive System :- Herbal teas,in particular chamomile,can be good for people with irritable bowel syndrome because it is an antispasmodic,and ginger teas can calm nausea.Get a dose of both with a ginger chamomile tea.